Popular Nigerian crossdresser, Idris Okuneye a.k.a Bobrisky has revealed what he will do when he gets to his husband’s house.

According to the self acclaimed male Barbie, he will shed tears when he’s moving out of his house to his husband’s house. 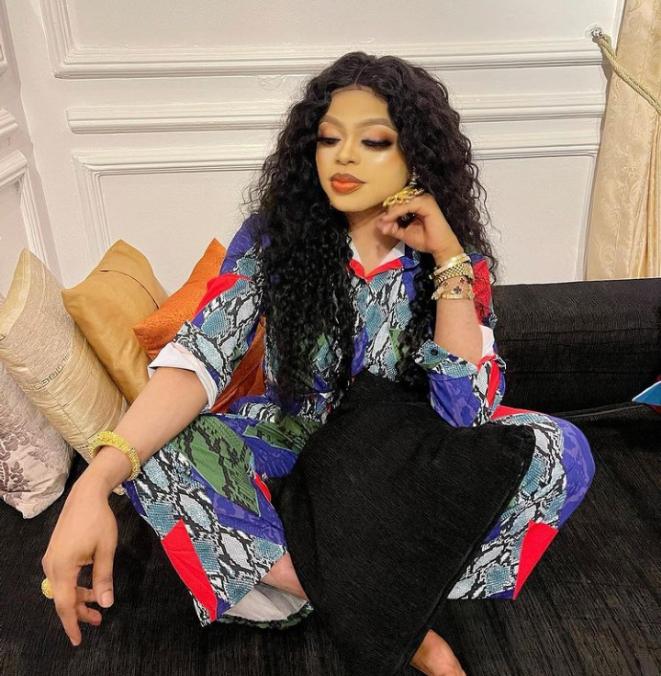 The cross dresser disclosed that it will be hard for him to abandon his mansion in Lekki, all because he’s moving to a man’s house.

Reacting to this, majority of his fans pleaded with him to use the house as give away price for one of his fans, when he’s set to move out. 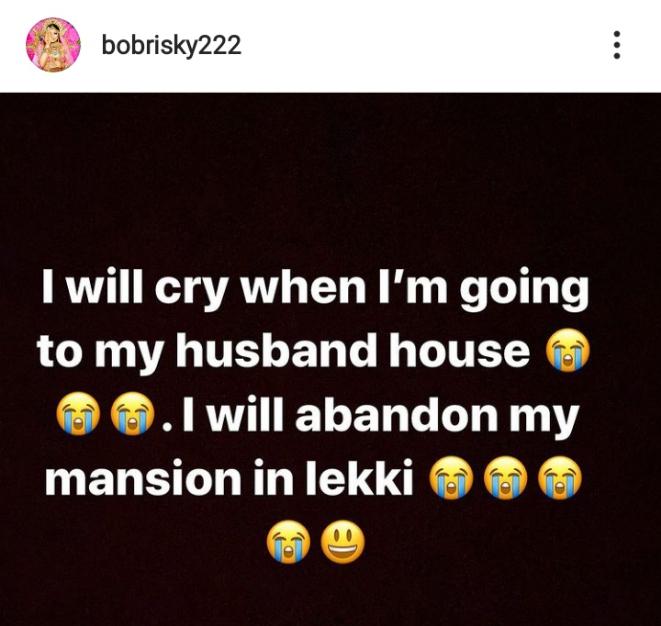