Kenyan lawyer and socialite, Coroon Kwamboka, who recently welcomed a baby boy with her fitness coach lover, Frankie Kiarie alias Frankie JustGymIt, has clapped back at a follower over a comment made on their photo.

The curvaceous beauty on Sunday, posted a photo with her baby daddy and declared her forever love for him.

“I could make this into a long essay about how much you mean to me. I will just say it in a word, forever,” she wrote.

The fitness trainer responded and wrote,” Forever and a day” 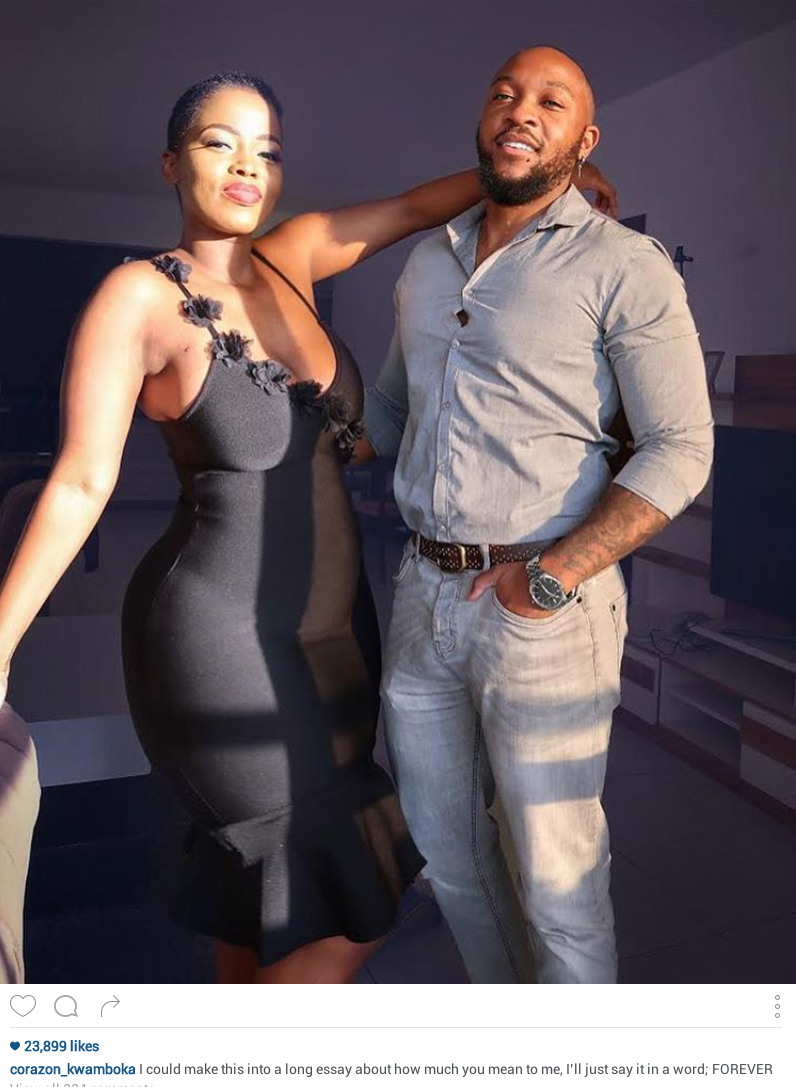 However, one of Kwamboka’s followers commented on the love birds’ photo, saying that ‘second wives never stay for long.”

“Hata Maureen Aliku Hapo. Same story. I got only one word for you, second wives never stay long, out of experience. But I wish you nothing but the best.” the follower wrote.

The new mother clapped back at the follower.

“And so? My friend, if you want to hate, have the balls to just do it, not coat it with “you wish me the best bla bla” I dont need your wishes. I have lived my entire life without them. Cheers,” 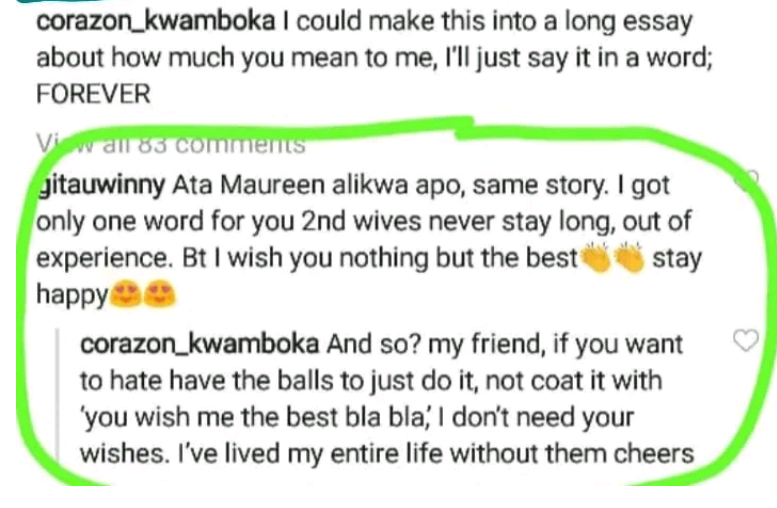 Kwamboka and her baby daddy went public with their relationship last year after his acrimonious split with his ex and mother of his two children, YouTuber, Maureen Waititu.

Waititu claimed that Frankie cheated on her with Kwamboka and wasn’t meeting the needs of their two sons.

“Don’t even think about coming after me without knowing the other side of the story. Ps, if by screwing around with a socialite who he was flirting with when we were still together and knocking her up is what you call getting a mate, I pity your kind of thinking,” she had responded to a fan who had accused her of tarnishing Frankie’s image.

Frankie had denied these claims via his YouTube account. “I didn’t leave Maureen for Kwamboka, Maureen and I broke up, then I met Kwamboka. It wasn’t planned that I was gonna let this beautiful thing we had and go start another beautiful thing that now we have going on,” he said.

On her part, Kwamboka denied being a home wrecker, adding that she met Frankie after he broke up with Waititu.

“People saying I ruined his family. That is not true,” stated Corazon. “When I told him I was pregnant he was like okay, what are we going to do, and we agreed. He did not react negatively, we were all mature about it. Bringing a child to the world is the responsibility ya watu wawili. I wanted to know what he thinks and how he feels before I made a decision. It was not planned, it was a surprise. We had just found something beautiful and we did not want any backlash about it so we decided to keep it to ourselves for a while.”

I have never felt safe or protected by African men ?...