Top Republicans in the House of Representatives and Senate have openly dismissed President Donald Trump's suggestion on Thursday July30, that November's presidential election should be delayed till when people can go out and vote safely without fear of the Covid-19 pandemic. On Thursday, Trump tweeted, "With Universal Mail-In Voting (not Absentee Voting, which is good), 2020 will be the most INACCURATE & FRAUDULENT Election in history. It will be a great embarrassment to the USA. Delay the Election until people can properly, securely and safely vote???" 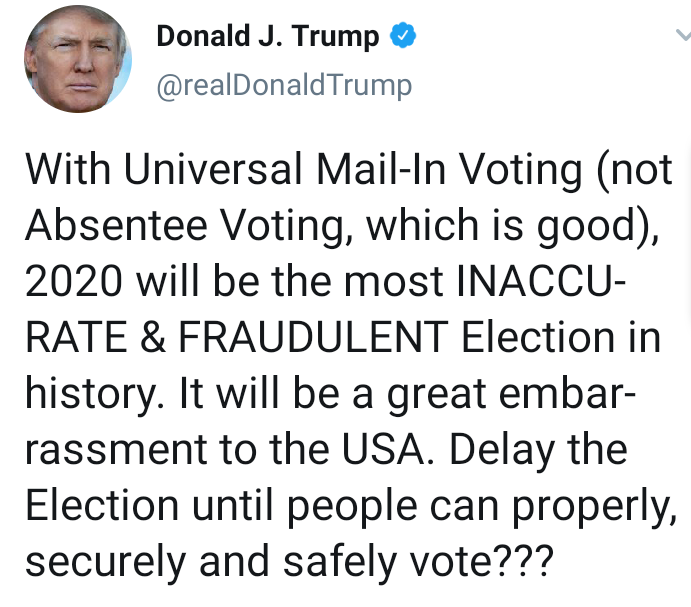 Mail-in voting is a type of voting system where people don't have to go to the voting booth, as they can vote from the safety of their homes using mails. Trump fearful of loosing at the polls to Biden this November has argued that the election could be marred by large scale rigging and voting irregularities. According to the Republicans, most of them Trump allies, the President has no authority to change the voting date because the Constitution gives Congress the power to set the date for voting. Republican Sen. John Barrasso of Wyoming said in an interview on Fox Business on Friday July 30; "No, we're not going to delay the election," adding, "We're going to have the election completed and voting completed by Election Day.""I don't think that's a particularly good idea." Senate Judiciary Chairman Lindsey Graham, a South Carolina Republican said to CNN"I think that's probably a statement that gets some press attention, but I doubt it gets any serious traction," "I think we've had elections every November since about 1788, and I expect that will be the case again this year," Majority Whip Sen. John Thune, a member of Republican leadership told CNN when asked about Trump's tweet. GOP Rep. Adam Kinzinger of Illinois tweeted, "Reminder: Election dates are set by Congress. And I will oppose any attempts to delay the #2020Election." House GOP leader Kevin McCarthy of California said;"Never in the history of federal elections have we ever not held an election and we should go forward with our election," "No way should we ever not hold our election on the day that we have it." Senate Majority Leader Mitch McConnell responding to his tweet, said in an interview with WNKY."Never in the history of the country, through wars, depressions and the Civil War, have we ever not had a federally-scheduled election on time. We'll find a way to do that again this November 3rd," the majority leader said  Texas Republican Sen. Ted Cruz said, "Election fraud is a serious problem we need to stop it and fight it, but no the election should not be delayed." Sen. Marco Rubio of Florida said of Trump's tweet, "I wish he hadn't said that, but it's not going to change: We are going to have an election in November and people should have confidence in it." Republican Sen. Thom Tillis, said: "The election is going to happen in November period.""The election is going to be held in November. Absentee ballots in North Carolina are strongly encouraged, as has the President encouraged them. The safe side to a mail-in vote, I hope we get it mostly… Because otherwise they're gonna undermine the integrity of the election,"  Senate Finance Committee chairman Chuck Grassley of Iowa said; All I can say is that, it doesn't matter what one individual in this country says. We still are a country based on the rule of law. And we must follow the law until either the Constitution is changed or until the law is changed." House Speaker Nancy Pelosi, a California Democrat, also joined in with her own rebuttal, posting a tweet quoting Article II, Section 1 of the Constitution, that gives Congress the authority to "determine the Time of choosing the Electors, and the Day on which they shall give their Vote." 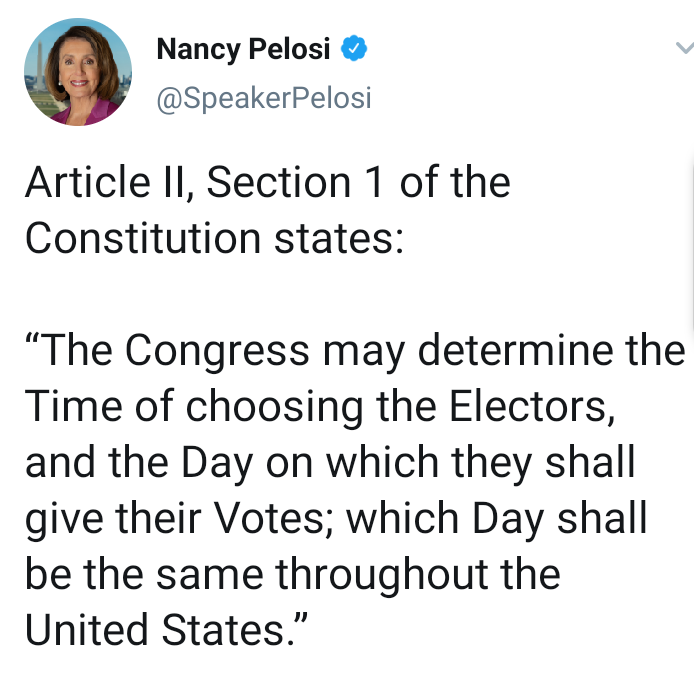 I’m emotionally exhausted and tired of everything and everyone – Nigerian rapper, Kel tweets disturbing messageÂ

You are a sex offender and you ran away to Canada...