Former Chelsea coach, Avram Grant has joked he would have been "sent to Siberia" by Roman Abramovich had he led Chelsea to a fourth-placed finish just like Frank Lampard did with the club this season. Chelsea's 2-0 victory over Wolves on the final day of the season placed them in fourth position and ensured Lampard's side will be playing in the Champions League next season. In his only season at the club in 2007-08, Grant guided Chelsea to a second-placed finish in the Premier League, while the club lost to Tottenham in the EFL Cup final before losing to Manchester United on penalties in the Champions League final. Grant was immediately sacked after the Champions League finale, and now says Abramovich did not give him such liberty back in his time like he is giving to Lampard now."I think it's a good season, especially compared to how it began, without being allowed to buy players," Grant told Stats Perform News. 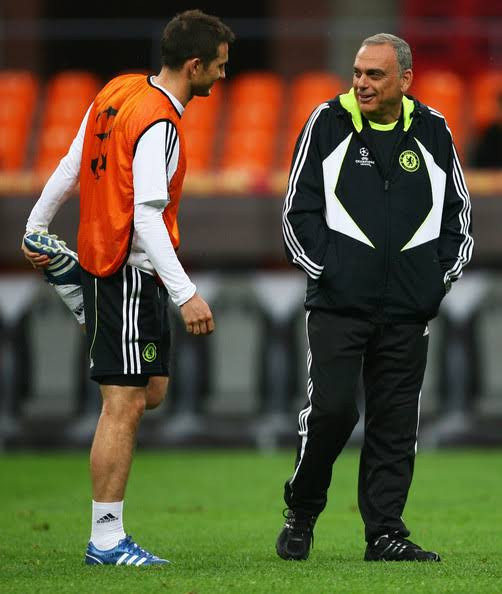 "Compared to the requirement of Roman Abramovich, if I told him some years ago that fourth place would be good for him, probably he would send me to Siberia, but because of the situation before, I think it's a good place. For Frank, I think it's a big achievement."It's his first year as a coach in the Premier League. Of course, he was a player with a lot of experience, but you cannot compare a player to a manager, and I think he's managed the team very well."A lot of young players and he knew how to play them, how to give them a rest and when to push them. It's a good base for the future, I was very pleased with his performance."Grant also believes Lampard always had the right mentality as a player to become a top-level coach."I was sure, because he was always a leader. When you spoke with him, he had a different view about football," Grant said."In my team at Chelsea there was a lot of leaders. I thought [Michael] Ballack would be a good coach, Didier [Drogba], John Terry, because there was a good personality and a lot of knowledge about football."Of course, having the knowledge is not the same, you have to pass the knowledge to players, you have to deal with the owner, the media, you have to deal with the supporters, but at the end of the day, you depend on the performance on the pitch – it's results, especially at the top."The post “Abramovich would have sent me to Siberia if i came fourth” – Former Chelsea coach Avram Grant appeared first on Linda Ikeji Blog.

#MamadorBreakfastSeries ? AskDamz and NELLIES Dish out Some Healthy Breakfast Recipes...