New York City's famous George Washington Monument has been defaced with red paint  by Black Lives Matter protesters as national protests continue over the police killing of black American George Floyd, while the New York City Mayor De Blasio prepares to sign a vote that will remove $1billion from the city's police budget. 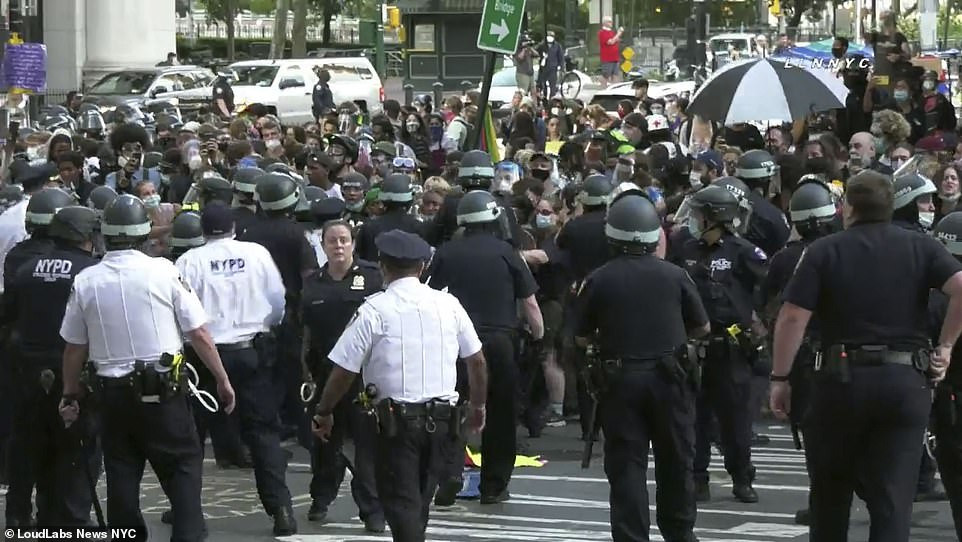 Mayor Bill Blasio reached an agreement with the city council on Monday that divests $1billion from the police force and cancels the hiring of 1,163 cops drawing criticism from President Trump, while Democrats say the New York Police needs to be stripped of its power and resources, if  systemic racism and excessive use of force is to be combatted. 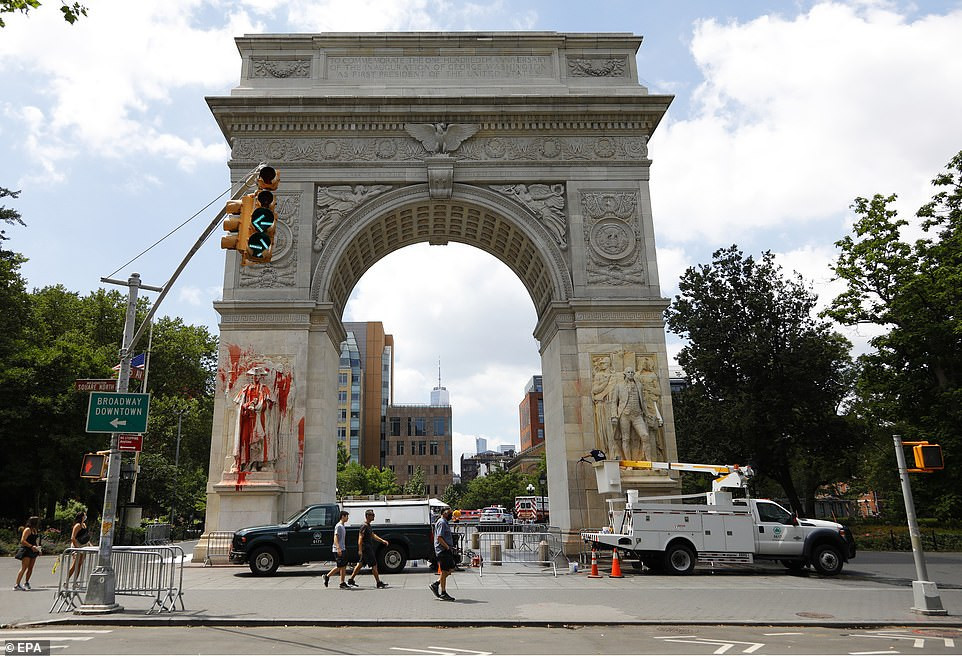 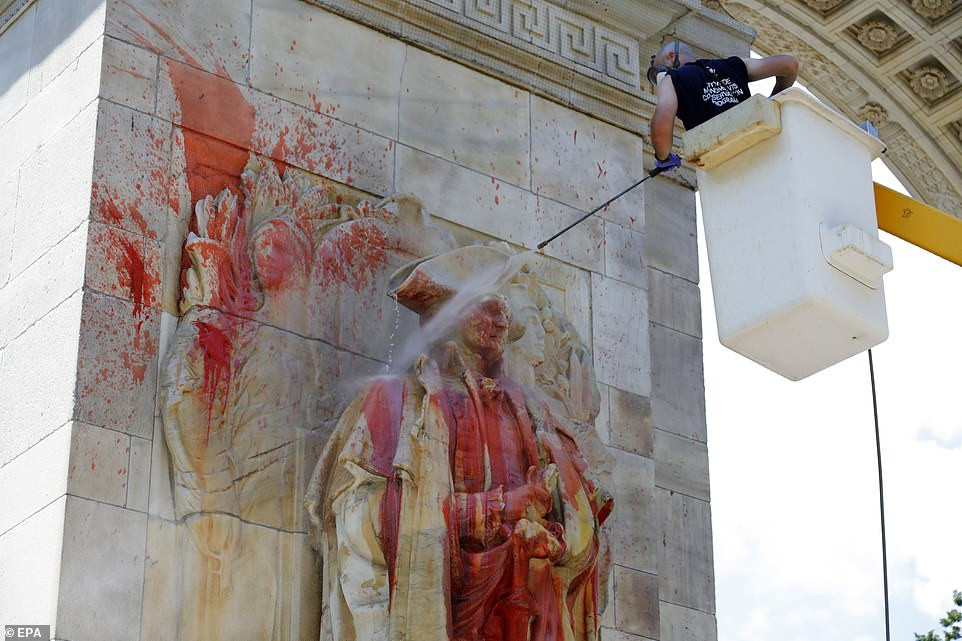 The police force has now reacted to the defacing of the Washington monument and the City mayor's plan to refund the police with the NYPD Commissioner and Police Benevolent Association, one of the city's major police unions arguing the need for a strong and bolstered police force now than ever before, amid tensions across the US in the wake of George Floyd's death. 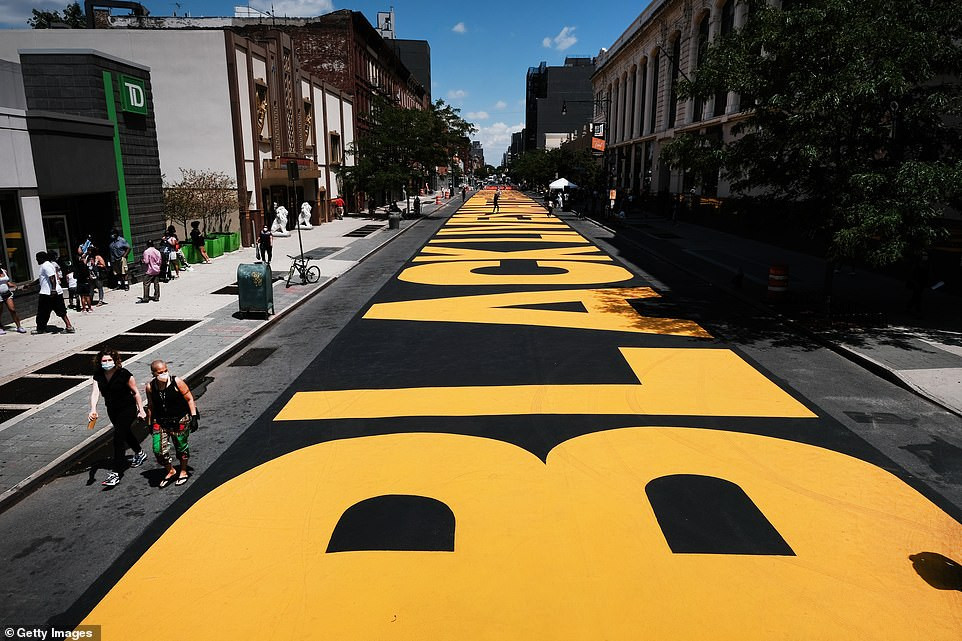 The mayor of New York City, Bill de Blasio has also created a lenient bail reform that puts more criminals on the street than before and police unions believe crime is inevitably on the rise so slashing the budget is not the right move.   NYPD Commissioner Dermot Shea speaking on Tuesday said that he understood every department must face cuts but that the decision had also been heavily influenced by the Black Lives Matter movement and that it was 'punitive'.   'We're all going to have to make cuts, we understand that, when you look at the fiscal crisis with COVID.'What concerns me is cuts that have to be made because of tough fiscal decisions vs cuts that could appear to be punitive. We'll review all the numbers… it's concern. It's going to impact our ability, I believe, to keep New Yorker's safe in some way, shape or form. But we're also managers and it's my job to make the most of the resources that we do have.'I don't think anyone listening thinks that this is the climate right now doesn't have an impact on what's going on with the budget. I think that's self-evident. It's my job to make sure it doesn't but we have to also take a look at what's going on, cutting head count at a time of rising crime is going to be an extreme challenge for the men and women of this department,' he said.  Commissioner Shea went on to say that slashing the budget would harm communities of color the most because that is where there is most violence.  'It's going to impact our patrol strength, our training, and it's probably going to impact people of color more than anyone else. We know where the violence occurs in this city,' 'My job is to make sure we are as efficient as possible, we're doing everything can to keep New Yorkers safe… we're going to have to be creative,' he said.  Over the last week, there has been a 'significant uptick' in crime across the city. He questioned why the courts still weren't operating because of COVID when thousands were being encouraged to protest peacefully against the police.  Patrick J. Lynch, the president of the PBA, said: 'Mayor de Basio's message to New Yorkers today was clear: you will have fewer cops on your streets. 'Shootings more than doubled again last week. 'Even right now, the NYPD doesn't have enough staffing to shift from one neighborhood without making another neighborhood less safe.'We will say it again: the Mayor and the City Council have surrendered the city to lawlessness. Things won't improve until New Yorkers hold them responsible.'  The post Police react after world famous monument of George Washington is defaced by Black Lives Matter protesters while NY city defunds police budget by $1b appeared first on Linda Ikeji Blog.

READ MORE  Coronavirus and economy: We will explore all alternatives to protect our people - Buhari

Atalanta midfielder, Andrea Rinaldi dies at the age of 19 after...

Formula 1 legend Michael Schumacher will have a stem cell operation...