A Nigerian model has accused Beyonce of using African culture for personal gains without Africa benefitting from it. @Dimssoo also accused the American singer of contributing to the misrepresentation of Africa through her songs, thereby giving people the impression that "Africa is this place where we wake up in the morning and tie our wrapper and put chalk on our face and scream 'WAKANDA' then go and hunt lions." Dimssoo said it's things like this that makes African Americans and other people ask if Africa has WiFi. She also accused Beyonce of taping into the wealth of the African culture for her art but never adding African countries to her tours. @Dimssoo's tweets comes after Beyonce released a teaser for her Black is King visual album. Black is King uses the music of Beyoncé’s 2019 album The Lion King: The Gift soundtrack, which was released alongside remake of The Lion King. The visual. Sharing the teaser, Beyonce wrote: “It is my passion project that I have been filming, researching and editing day and night for the past year. I’ve given it my all and now it’s yours. It was originally filmed as a companion piece to ‘The Lion King: The Gift’ soundtrack and meant to celebrate the breadth and beauty of Black ancestry.” Beyonce added: "I wanted to present elements of Black history and African tradition, with a modern twist and a universal message, and what it truly means to find your self-identity and build a legacy. I spent a lot of time exploring and absorbing the lessons of past generations and the rich history of different African customs."       View this post on Instagram           A post shared by Beyonce (@beyonce) on Jun 28, 2020 at 8:06pm PDT Below is Dimssoo' thread on Beyonce "benefitting from African culture to the detriment of Africans" 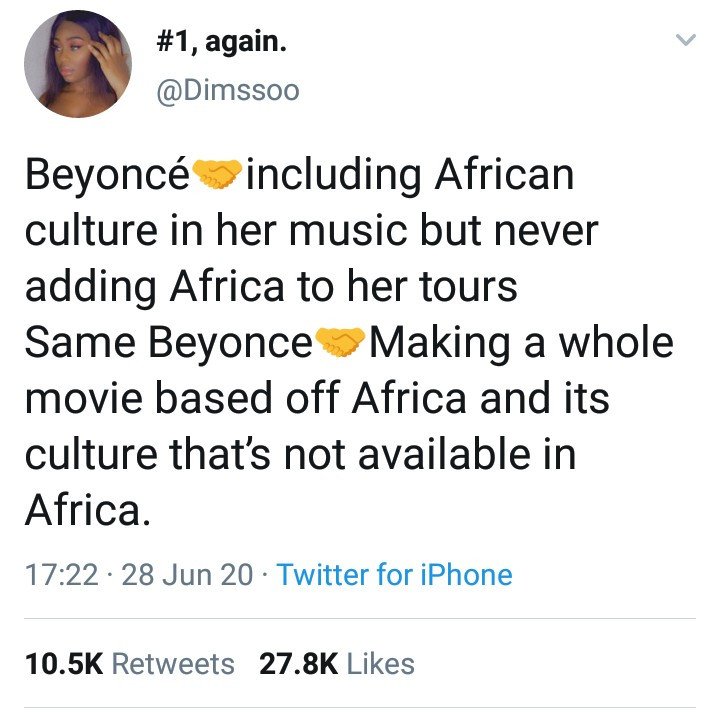 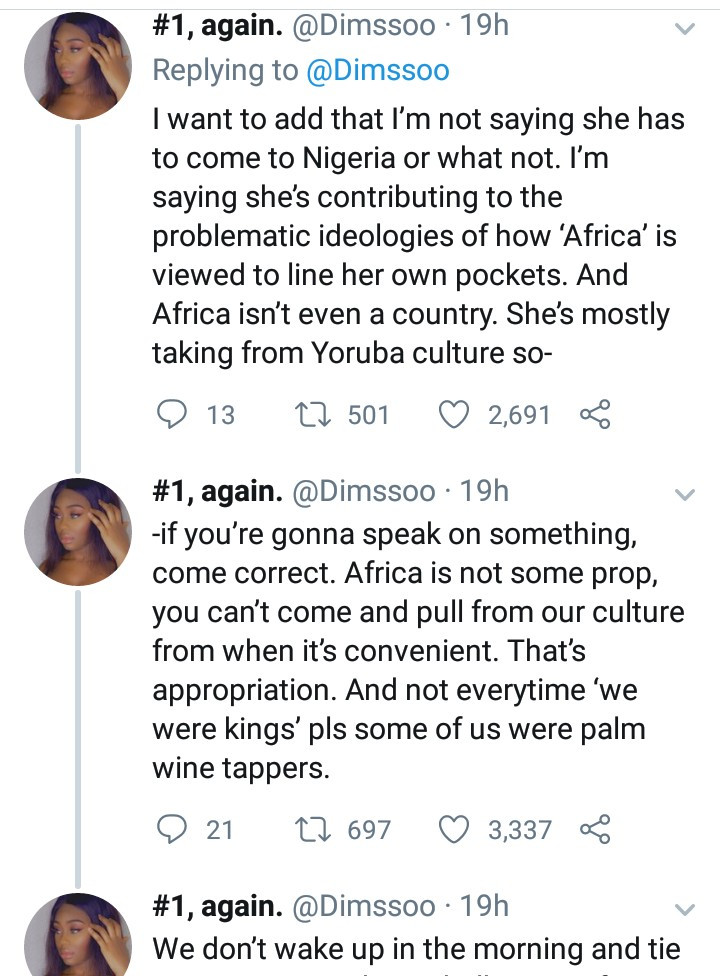 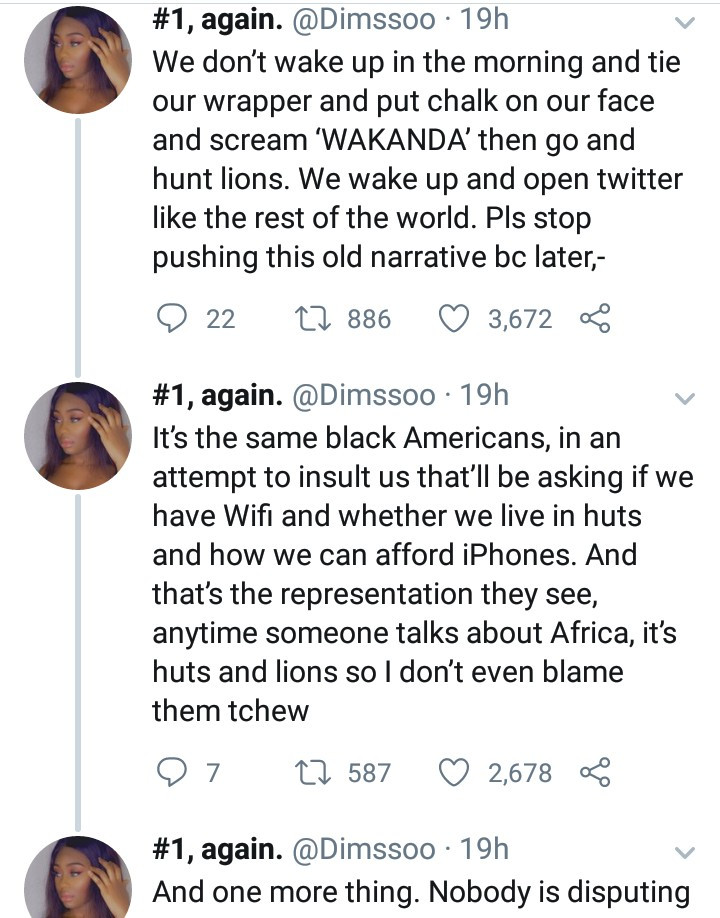 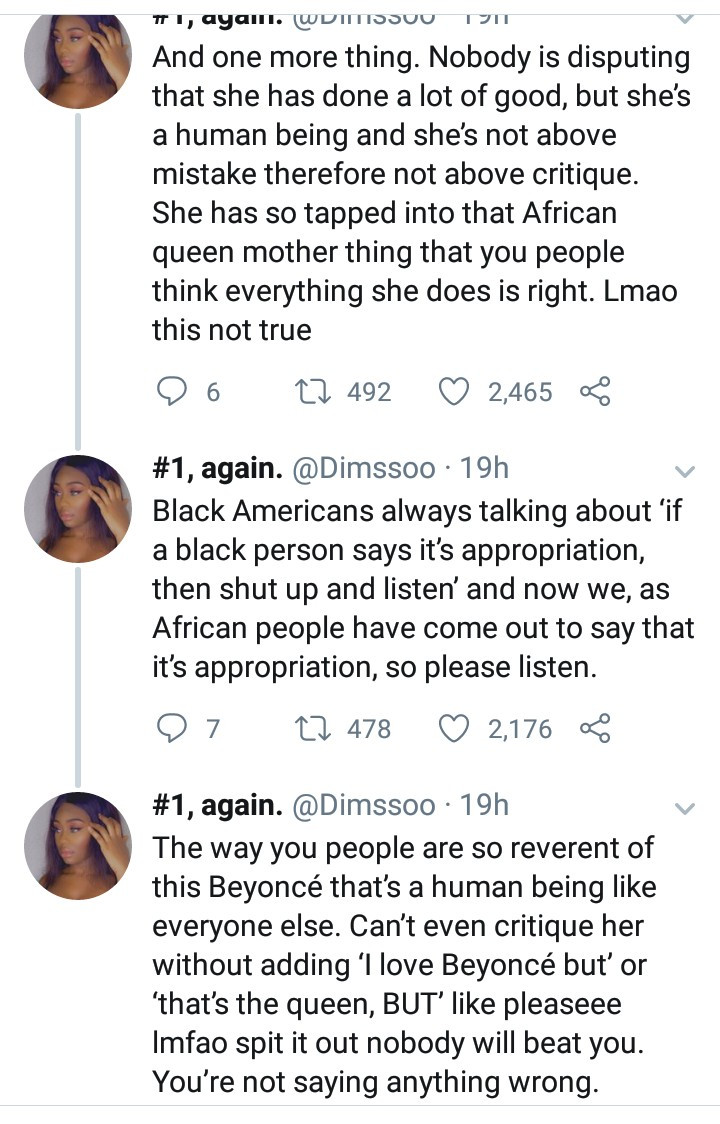 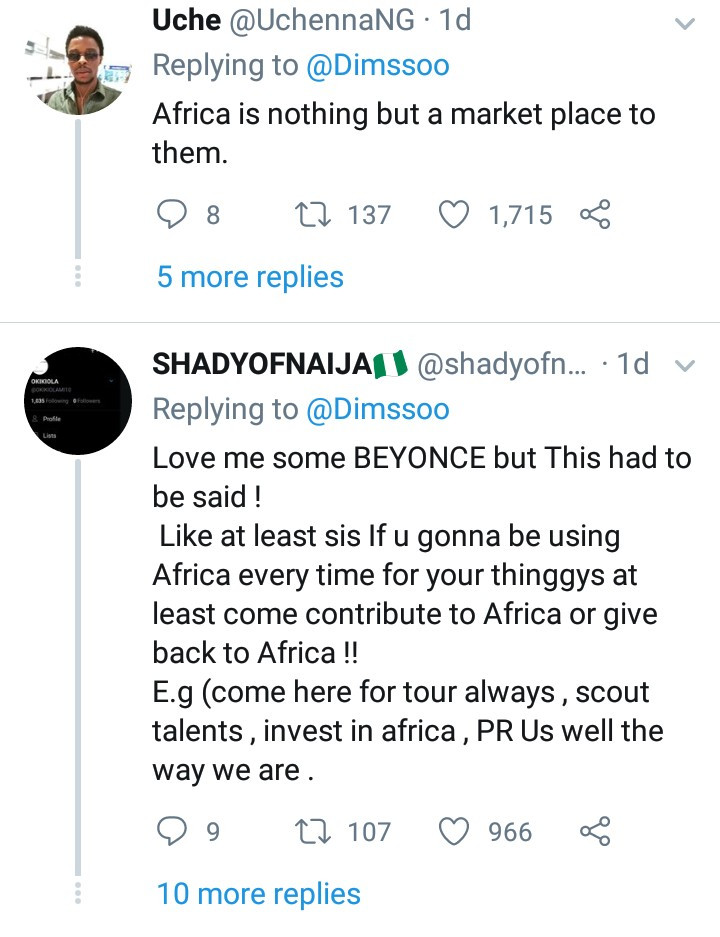 The post Nigerian model calls out Beyonce for “contributing to the problematic ideologies of how Africa is viewed” appeared first on Linda Ikeji Blog.

READ MORE  What is the alternative for low income earners, people who rely on daily income. How will they survive??- Chief Bode George asks amid Coronavirus lockdown

Mother of two stabbed to death by her husband in Jigawa

Family of three killed by thunder strike in Benue